Church of Skatin goes to Charlotte 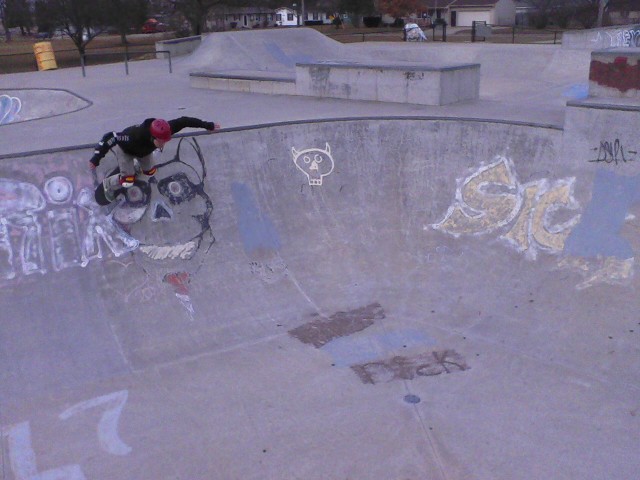 Early Sunday morning Todd and I went up to Charlotte, Mi. None of the pictures are super sweet or anything- but they do show the impressive little park that they have.  The Park department from Kalamazoo needs to get up here and see what a public skate park could be.  I am thankful for our little ramp thing here, but damn this was way better.    Pics and Videos... 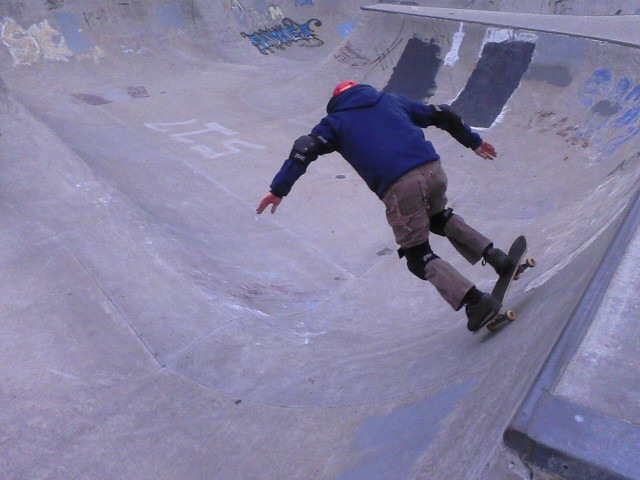 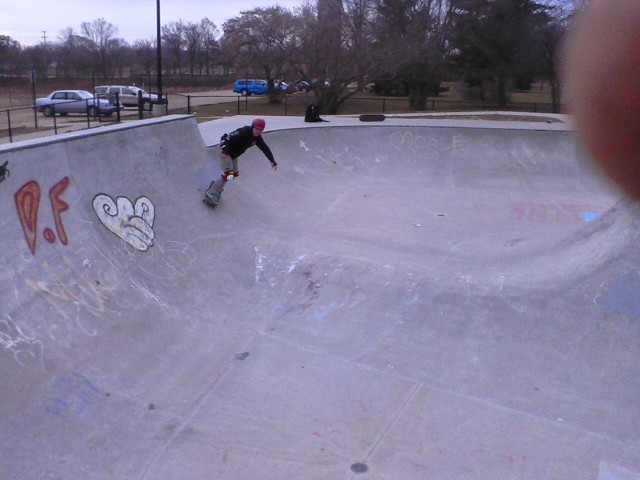 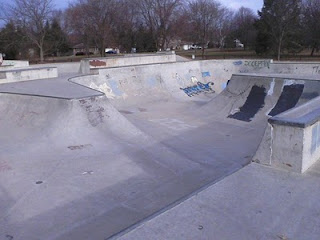 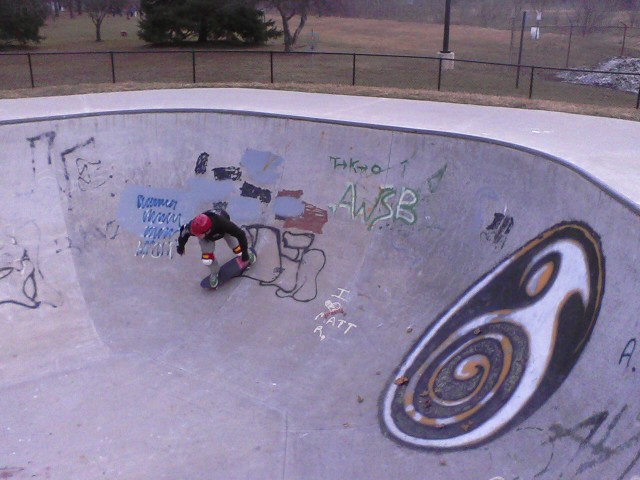 Posted by Unknown at 2:22 PM No comments: 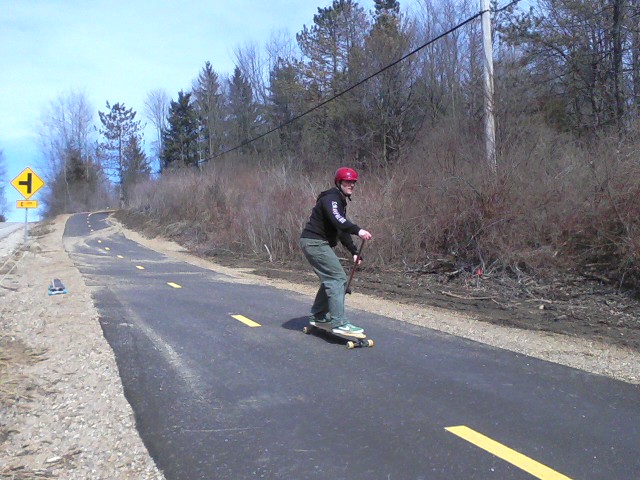 I know that many people go further- but over the last few days i have put in about 10 miles worth of pushing and land paddling.  I have gotten many of those miles on the new Kalamazoo River Trailway. This path is smooth, under used, and super fun.  Now for the skateboarder there are a few things to beware of.. 1. rocks and other debris.  Easily seen in the picture above is wash out from the gravel. I imagine as the trail matures this will be less of a problem..but it is well worth your time to walk the hills before you bomb- just to see what you have to avoid or sweep out before skating.  2. Rail road tracks- I see no way to avoid stopping and walking over these things- unfortunately...they are right at the end of a great run.

I totally took a heals over head digger on the great run before the railroad tracks.. I was attempting to foot break, lost control and ate it. Thankfully- i was wearing the red helmet that you see pictured. The helmet and wrist guards are required gear for me- i suggest the same for you. 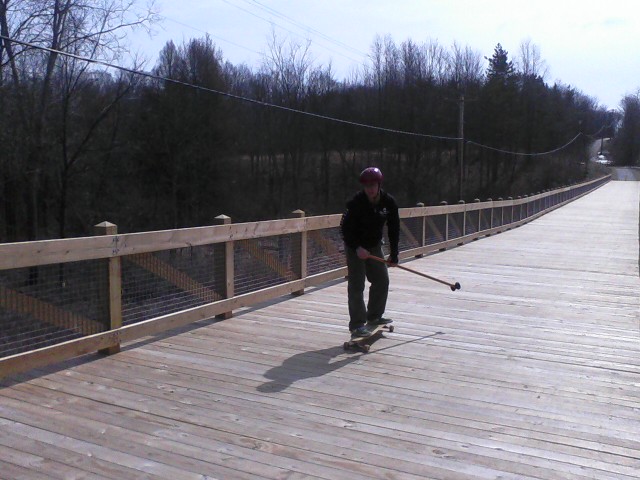 Posted by Unknown at 6:43 PM No comments:

Ode to the Dog Star 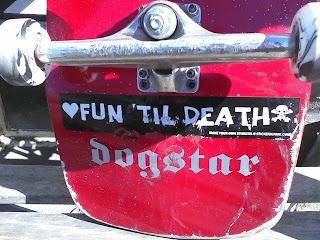 - As the last vestiges of snow melt away the outdoor skate parks have opened up.  I skated in the 80s- launch ramps, banks, the beginning of the street scene. Constantly on the look out for architecture or over zealous paving that created spots to flow, grind, and slide on.  I got out of skateboarding because i got into girls, backpacking, climbing and other things that I thought were "safer."  Frost bite from winter backpacking, two kids, and lead climbing at Devils Lake started to remind me that living life is not safe- it is dangerous business.  So, they built Upjohn skatepark in downtown Kalamazoo and I thought...that it was better to skate and die than wish I was skating and rot.

I got back into skiing to get the stoke that i had lost when i stopped skating..and now i skate to keep the stoke going when there is no snow. 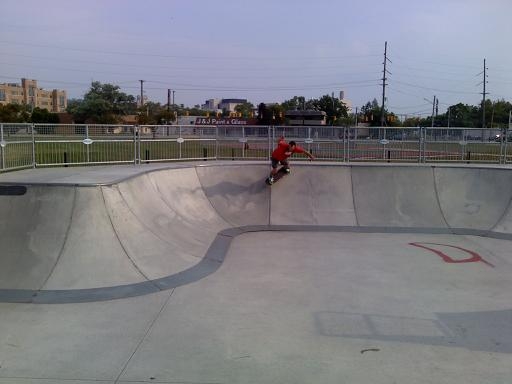 The First deck i got was a Schmitt Stix Yard Stick re-issue.  36 inches of fun. But as I started to progress i found that having a more modern double kick design was confidence inspiring when hitting the coping so i searched around and landed on pool king skateboards.

i ended up with the Dogstar- which admittedly has a little of the cutting board feel of a big solid maple board. I have really enjoyed this deck so far though. The folks at pool king were super nice, originally from Michigan, and were very interested in getting and old skater back on a deck.

I am certainly not pulling off any sweet ollie tricks, but this deck locks my feet in and is tons of fun. 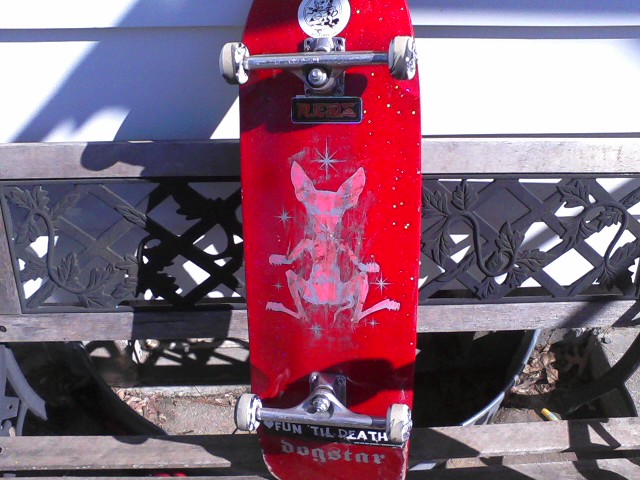 it is better to burn out than it is to rust 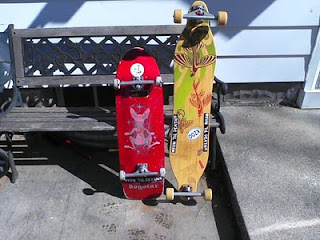 Posted by Unknown at 2:33 PM No comments:

the Vanguard takes to the streets

Email ThisBlogThis!Share to TwitterShare to FacebookShare to Pinterest
Labels: loaded long board, Nietzsche 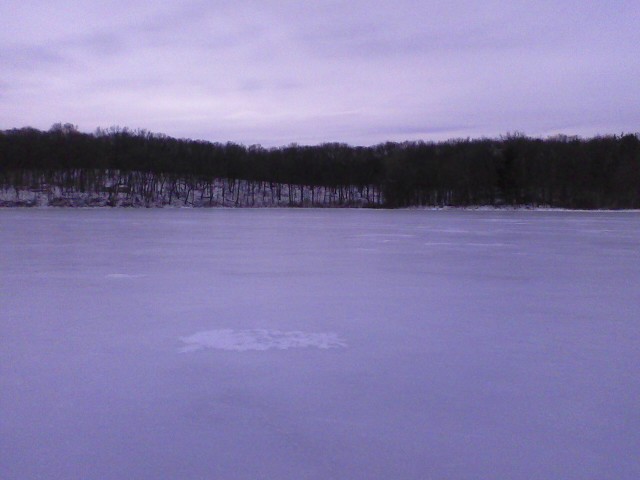 Posted by Unknown at 7:21 PM No comments: